Options for action against the board 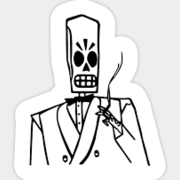 Denis, we're clearly not going to agree on this. You seem to want TJF to commit to indiscriminate and futile acts of defiance, which will alienate precisely the sort of people who can move the dial in

For the avoidance of doubt, the EGM does not have an item marked "Official Protests". The formal business is the approval of the draft Articles of Association. We suspect that won't be the main p