Hopefully the demonstration from the Jags' fans is big and loud.

I think the boycott was targeted and effective. Now we all know what an unhappy fanbase looks and sounds like. It was a fan-led initiative that brought about the singing section in the, then, Nor 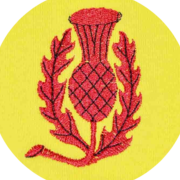 Most of the post-Kelty updates are in place check the home page for the latest news. Stats Watch is especially busy this week, some entries below  ● Kelty Hearts become the 145th club to meet